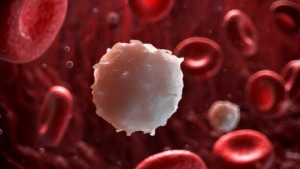 Cancer researchers at the University of Cincinnati (UC) College of Medicine have found an obesity-associated protein’s role in leukemia development and drug response which could lead to more effective therapies for the illness.

The study, which will be published online edition of Cancer Cell and led by Jianjun Chen, PhD, associate professor in the Department of Cancer Biology, provided evidence that FTO – the protein associated with fat mass and obesity – plays a critical cancer-promoting role by regulating expression of a set of genes through a mechanism involving ribonucleic acid (RNA) modification and thereby increasing the reproduction of leukemia cells and prohibiting drug response.

“N6-methyladenosine (m6A) RNA methylation, the most prevalent internal modification in messenger RNAs (mRNAs, which translate DNA) in genes, was first identified in 1970s. In 2011, Dr. Chuan He, professor of chemistry at the University of Chicago, a co-senior author of this paper, discovered for the first time that FTO actually functions as an eraser of m6A methylation. This means that it can remove the modification from RNA transcripts, or RNA copies, thereby showing that m6A modification is a reversible process and is highly likely it is of biological importance. In 2012, two groups independently reported the development of novel sequencing technologies to profile all m6A modification areas in the entire genome and showed that roughly one-third of mRNAs in individual mammal cells are targets of m6A modification, highlighting the prevalence and potential functional importance of m6A modification.

“Recent studies have shown that m6A modification in mRNAs or non-coding RNAs plays critical roles in virtually all major normal biological processes such as tissue development and stem cell self-renewal and differentiation. However, little is known about the biological importance of m6A modification in the regulation of cancer-causing genes and/or tumor-suppressing genes in the development of tumors.”

Researchers in the study analyzed a microarray dataset of 100 human acute myeloid leukemia (AML) samples from patients and nine normal control samples as well as other large-scale microarray datasets of AML samples. They found that FTO was highly expressed in various subtypes of leukemia samples such as those that contained chromosome crossover (genetic exchange between chromosomes) or mutations in certain genes. The high level of FTO expression contributed to cancer cells multiplying and surviving and also promoted the development of leukemia in animal models and the non-response of cancer cells to therapeutic agents.

Additionally, researchers found that genes like ASB2 and RARA, which were reported to inhibit leukemia cell growth and/or mediate the response of leukemia cells to therapeutic agents, were suppressed in the AML samples with higher FTO expression. The suppression of these genes was attributed to FTO-controlled decreased stability of their mRNA and was connected to FTO’s m6A demethylase activity.

“Our study shows, for the first time, the functional importance of the m6A modification machinery in leukemia,” says Chen. “In addition, given the functional importance of FTO in the formation of leukemia and drug response, targeting FTO signaling may present a new therapeutic strategy to treat leukemia. As FTO may also play a cancer-promoting role in various types of solid tumors, besides leukemia, our discoveries may have a broad impact in cancer biology and cancer therapy. Further studies are needed to advance our understanding of the critical role of FTO in various types of cancers and to develop more effective novel therapeutic strategies based on such understanding to treat cancers.”